I am excited to be participating in the YA Reads Blog Tour for The Summer Before Forever by Melissa Chambers. Below is all the information about the book, followed by my review and a giveaway! 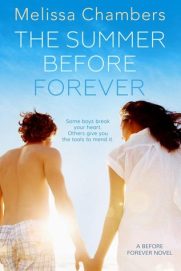 Some boys break your heart. Others teach you how to heal it.

Chloe Stone’s life is a hot mess. Determined to stop being so freaking skittish, she packs up her quasi-famous best friend and heads to Florida. The goal? Complete the summer bucket list to end all bucket lists. The problem? Her hot soon-to-be stepbrother, Landon Jacobs.

Landon’s mom will throttle him if he even looks at his future stepsister the wrong way. Problem is, Chloe is everything he didn’t know he wanted, and that’s…inconvenient. Watching her tear it up on a karaoke stage, stand up to his asshole friend, and rock her first string bikini destroys his sanity.

But there’s more than their future family on the line. Landon is hiding something—something he knows will change how she feels about him—and she’s hiding something from him, too. And when the secrets come out, there’s a good chance neither will look at the other the same way again… 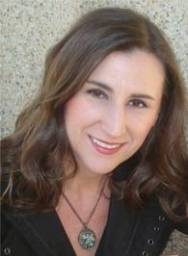 Melissa Chambers writes contemporary novels for young, new, and actual adults. A Nashville native, she spends her days working in the music industry and her nights tapping away at her keyboard. While she’s slightly obsessed with alt rock, she leaves the guitar playing to her husband and kid. She never misses a chance to play a tennis match, listen to an audiobook, or eat a bowl of ice cream. (Rocky road, please!) She’s a member of SCBWI and RWA including several local and online chapters thereof. She holds her B.S. in Communications from the University of Tennessee.
Website: http://www.melissachambers.com
Twitter: @MelChambersAuth

The Summer Before Forever is a classic forbidden love story, in which there seems to really be no way it can end well for the characters involved. The story line moves along quidkly, keeping the reader’s interest with alternating points of view between Chloe and Landon.

Chloe plans to spend the summer with her wild & crazy best friend, Jenna, at the beach in Florida without any cares or worries. Little does she know, her life is going to heat up in more ways than one in the Sunshine State. Upon arrival from her home in TN, she meets her dad’s fiance and future step-brother, Landon, for the first time. Rather than the geek she assumed he would be, Landon is instead an all-American heartthrob. He’s smart, gorgeous, gentlemanly, a football player and a wrestler. The total package. The only problem: he’ll be her step-brother later in the summer. Landon immediately takes notice in Chloe, and Chloe is drawn right to him even though she knows she should steer clear.

As they get to know one another oh so well, they begin to realize that summer will soon end. Landon will be off to college and Chloe will be back to her life in Tennessee. Will the end of the summer be the end of their heated, secret romance? Or, will they find a way to make things work before it’s too late. No doubt about it, Chloe’s summer in Florida will be a summer to remember.

Jenna’s character is hilarious – she’s the best friend that every girl wants – loyal to a fault, but crazy enough to keep life interesting. Jenna decides that Chloe needs to gain confidence so she makes is her personal mission, creating a confidence building list of tasks for Chloe to complete over the summer. As the summer wares on and Chloe’s confidence grows, she also becomes more comfortable with herself and her decisions. The novel is nicely combined with romance, humor, and coming-of-age elements.

The ending left me wanting more information on what would happen with Chloe and Landon, but I’m glad to see that it will be a series. I wonder what the next chapter will hold for them. I found some of the story to be predictable in parts, but all in all, I enjoyed it and would recommend it to fans of romance and contemporary YA fiction.

Click here for a chance to win a $25 Amazon gift card!

2 thoughts on “The Summer Before Forever By Melissa Chambers”