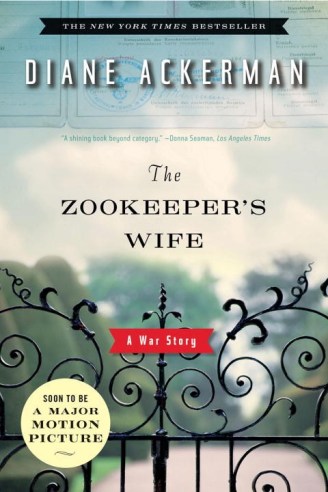 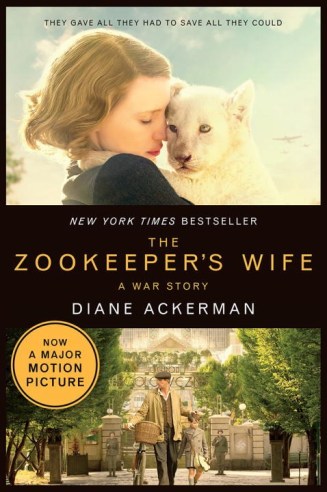 After having seen the book-to-movie film preview for this novel, I purchased a copy, thinking it would be like so many of the historical fiction novels of WWII that I’ve read and enjoyed. Though it was very different, I still enjoyed it very much. It took me quite a bit longer to read it than others, but I believe that is because of the large amount of quotations and well-researched background information. This is a nonfiction narrative based upon the true story of Jan and Antonina Zabinski during WWII in war-ravaged Warsaw, Poland. Jan was the zookeeper for the well-known and successful Warsaw Zoo. His wife, Antonina, shared a special bond with the animals at the zoo, and her courageous and compassionate personality allowed her to save over 300 people, mostly Jewish, who were seeking refuge from the Nazis during WWII. The reason the Zabinskis were able to hide so many Jewish people on the zoo property and in the villa is because of the Nazis obsession with preserving certain animals in their purification scheme. Were the Nazis not concerned with animals and zoology, Jan and Antonina would likely not have been able to save lives like they did.

The descriptions of exotic zoo animals and even common animals in the story are detailed and realistic. The author clearly completed many hours of extensive research in order to tell the Zabinski’s story, as evidenced by the lengthy chapter-by-chapter details section and the bibliography at the end of the book. This story was different from most of the WWII novels that I normally read because rather than focusing on life in a concentration camp, it detailed the daily life of those living in Poland during the war, which for some was living in constant terror and fear. Because of the wealth of detail and personal stories weaved into the story, this was not a quick read. It took me a while to get through the book, but it was worth the read and I did enjoy it very much.

I look forward to seeing the movie, because I believe it will be a nice complement to the book.

2 thoughts on “The Zookeeper’s Wife by Diane Ackerman”