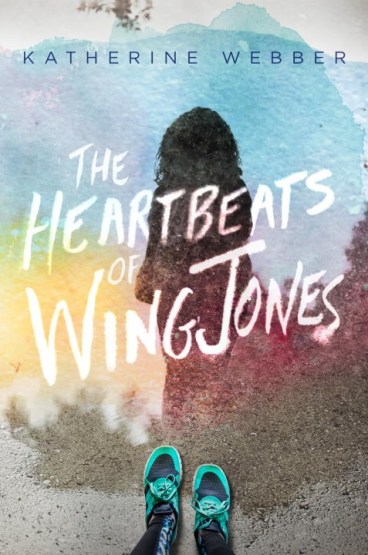 Gr 8 Up – Set in 1990’s Atlanta, this coming-of-age story is realistic fiction with a touch of magical realism, is full of diverse and strong female characters. Bullied for her looks, Wing Jones, half Chinese and half black, doesn’t stand out like her football star, golden boy brother, Marcus. After a night of drinking, Marcus causes an accident, killing two people and ending up in a coma.  Unable to sleep at night, worrying for Marcus and living on the brink of poverty, Wing starts running. Though Marcus is one of the reasons Wing is running, she is able to step out of his shadow, finally feeling acceptance and accomplishment. Aaron, Marcus’s best friend and Wing’s long-time crush, is also a runner, providing a romantic element and additional distraction for Wing. Running gives her the courage to embrace her differences and stand out. Wing’s family back-story regarding her father is heartbreaking, revealed early on, explaining why her father is not in the picture. Wing lives with her mother and both grandmothers, and as such, is surrounded by female role models with take-charge attitudes. The plot moves along quickly, written in first person through Wing’s perspective of the changing world around her. Fans of Jandy Nelson and Stephanie Perkins will enjoy Webber’s debut novel. VERDICT A uniquely original novel about family, love, and the courage to stand up to life’s challenges and triumph which will delight teen readers. Recommended as a general purchase for all libraries.

One thought on “The Heartbeats of Wing Jones by Katherine Weber”