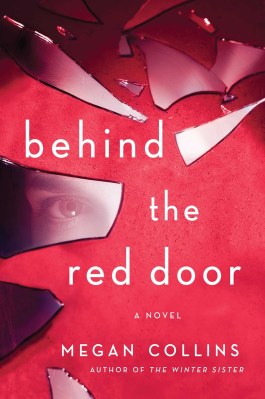 Fern Douglas and her husband Eric, a doctor, are ready to start a family, but are having some trouble conceiving. Fern is on summer break from her job as a school psychologist. During a time when she is supposed to be relaxing and enjoying time off from her often-stressful job, Fern is having reoccurring nightmares about a missing red-haired girl named Astrid. In real life, Astrid, a 34 year old woman from Maine has gone missing without a trace. Eric thinks Fern is simply having nightmares about Astrid because the news stories have been talking about the first time she was kidnapped and returned when she was a young teenager. Fern can’t shake the unsettling feeling that she knows Astrid and has seen her before, but when Fern asks her aloof mother Mara and sidetracked father Ted, they brush her off dismissively, which has been their normal parenting style for Fern’s whole life. Astrid’s tell-all memoir titled, Behind the Red Door, was recently published, and authorities think that her original kidnapper has come back and taken her once again.

In the midst of all of this, Fern’s eccentric father, Ted, a scientific fear researcher and professor contacts her and asks her to come help him pack up the house because he’s planning a move to Florida. Though she is completely taken aback and surprised by the request, Fern begrudgingly makes the trip back to her hometown of Cedar, New Hampshire to help Ted. Fern picks up a copy of Astrid’s book, hoping she might figure out her mysterious connection to the missing woman. As more and more details emerge in Fern’s mind, she begins to wonder if the nightmare is not a dream, but a memory. Fern realizes she has the key to uncover whomever kidnapped Astrid all those years ago. Fern begins investigating with a fierce determination to find Astrid, no matter the cost.

Buckle up for a suspenseful, thrilling ride alongside a fearful, yet stubborn heroine as she uncovers horrible secrets from her past. Fans of Harlan Coben and Liv Constantine will love this twisted, dark story.

Many thanks to Atria Books for the review copy of this title.

One thought on “Behind the Red Door by Megan Collins”

COVER REVEAL
THINGS WE HIDE FROM THE LIGHT⁠
Thank you, partner @bibliolifestyle & @williammorrowbooks for the paperback copy of THE GOOD DAUGHTER by @karinslaughterauthor #partner #gifted⁠
★★★BOOK ALERT★★★⁠
💐 Book Feature 💐⁠
Thank you so much to Once Upon a Book Club Box @onceuponabookclubbox for the amazing giveaway of the VIP box featuring THE ROUGHEST DRAFT by @wibbs_ink , shown here in the "Write Your Own Story" box! What's better than reading a great romantic comedy...and it's a book about authors and books!? OUABC is about connecting readers by opening useful and unique gifts that bring the story to life in a whole new way! The gifts and the packaging for this one are so cool - just wait until you see what's in the smallest package! Loved it!⁠