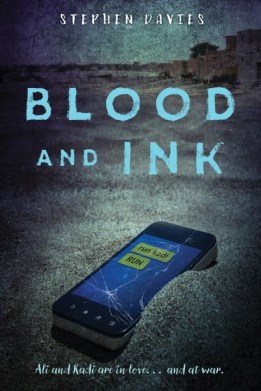 Though both raised in the Fulani tribe, teens Ali and Kadi are like oil and water when their paths cross in the midst of political turmoil in their home of Timbuktu, Mali. Religiously strict Ali belongs to the Defenders of Faith, a branch of Al Queda. His current assignment is to take control of Timbuktu, destroying any opposition in the way. Equally strict, brave, and feisty is Kadi, a lover of music and literature and the daughter of a librarian. As a Guardian, Kadi must keep ancient manuscripts safe at all costs. While trying to flee Timbuktu with the manuscripts, Kadi ends up in mortal danger. Ali must choose where his true loyalty lies. The ending is abrupt, but hopeful, and it begs for a sequel. Modern-day Timbuktu is brought to life in this timely, fast-paced story of teens falling in love despite being at war with each other. Historically rich background and Islamic culture combine, providing two perspectives on the war in Mali. The drama unfolds in alternating points of view between well-developed characters with multicultural subject matter that is unique, but relevant to current events.  Davies’ writing is authentic, because he spent over a decade with the Fulani tribe. Both a glossary and a fact & fiction section are included to enhance reader’s understanding and provide factual background of Islamic practices. VERDICT: Readers will enjoy the well-drawn characters and fast-paced action of this diverse YA thriller with a hint of romance.