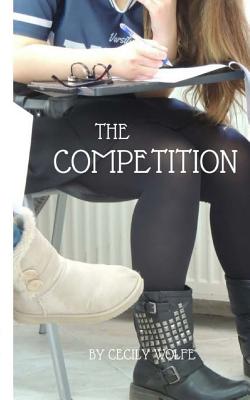 Grade 7 & Up: A diverse cast of characters take part in the Penultimate, an Ohio state writing competition, where 100 teens battle for a full college scholarship. Mary Sofia (a Latina) lives in a shelter. Her mother blames her for the unforgettable, tragic night her abusive stepfather was killed by her older brother Matias, as he protected Mary Sofia. She longs to visit Matias in prison, missing him dearly. Michael, Caucasian, is an introvert who excels at swimming and writing, who is instantly attracted to Mary Sofia. Camera who is shy and biracial carries a secret of being sexually assaulted during a party. Raiden is a Chinese American teen who dreams of becoming a nurse, though his father would rather he be a doctor. The four young people conveniently pair up into couples, forming a foreseeable cozy group for the remainder of the story. One of the contest themes is writing about “a defining moment,” which forces both Camera and Mary Sofia to finally come to terms with their painful pasts. The story line is realistic with hints of tame romance. After an unlikely turn of events for the new friends, the predictable yet hopeful ending offers each an unexpected chance at a brighter future. Compared to other realistic teen fiction, Wolfe’s second novel falls short in pacing and writing quality. Themes of friendship and typical teenage behaviors are represented well. VERDICT A strictly additional purchase.

One thought on “The Competition by Cecily Wolfe”